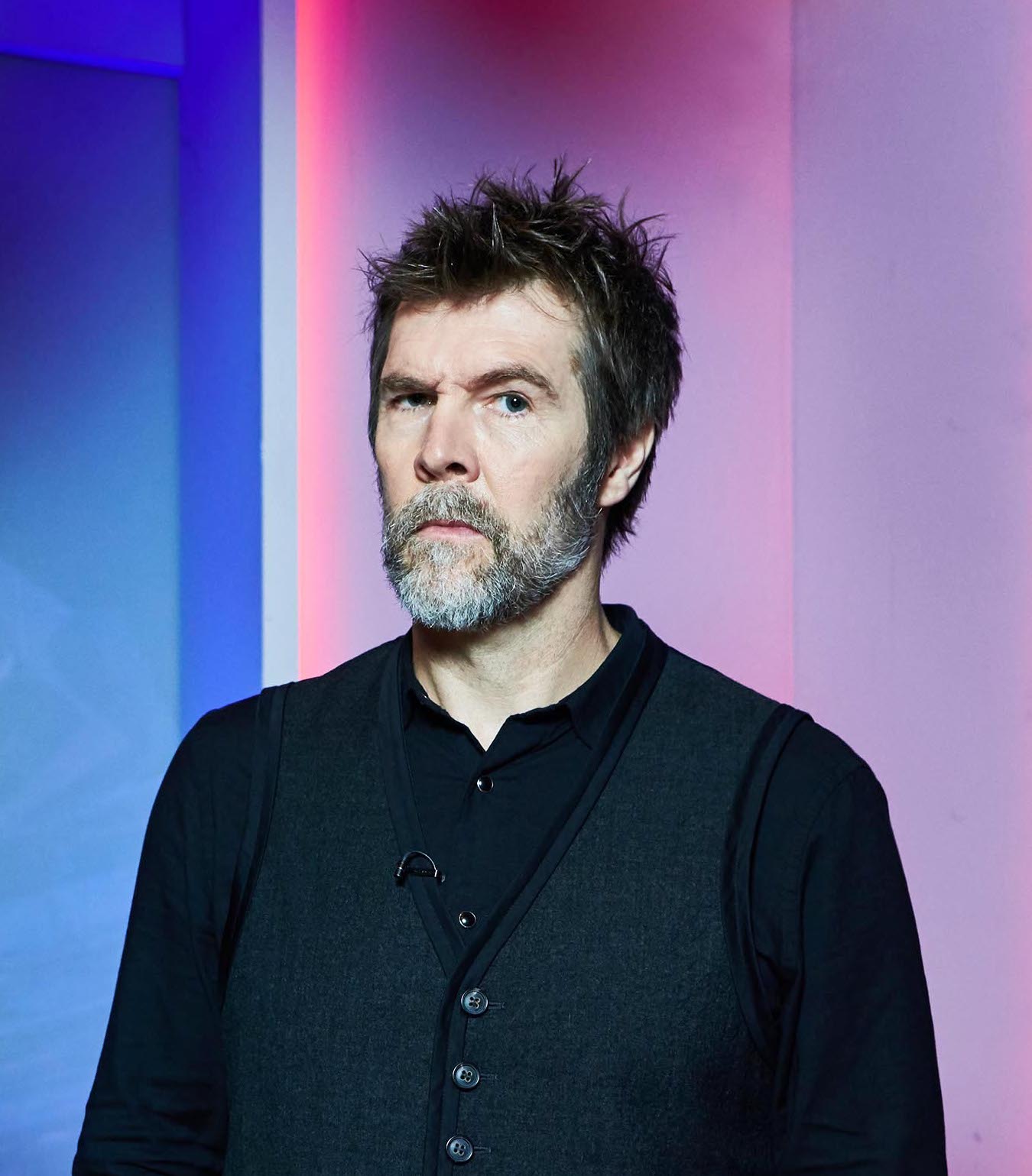 Welsh sensation Rhod Gilbert is one of the UK’s leading comedy talents. He has enjoyed many successful years as a star of television and radio and continues to uphold his esteemed reputation as a seasoned host, prolific writer and first-class live performer.

Since 2020, he has hosted four series of Rhod Gilbert's Growing Pains, with special guests joining him on a trip down memory lane in a nostalgic, and frequently embarrassing celebration of teenage years.  Previously, Rhod hosted three series of BBC2’s hugely popular show You’re Fired, the spin-off show from The Apprentice; interviewing outgoing candidates and taking a light-hearted look at events in the main show. He regularly guest hosts Have I Got News For You? and has previously hosted a series of BBC2’s iconic pop quiz Never Mind the Buzzcocks, and two series of Ask Rhod Gilbert; his own panel show for BBC One.

Rhod has written and presented two very personal documentaries.  Rhod Gilbert: Stand Up To Shyness explored the huge impact that shyness has had upon his life and was met with tremendous critical acclaim; earning nominations in the 2018 Bafta Cymru Awards for ‘Best Single Documentary’ and ‘Best Presenter’. He recently completed a second documentary on another subject close to his heart; Rhod Gilbert: Stand Up To Infertility exploring his own experiences with fertility issues, and the subject of male fertility in general.  He is now proudly working with the Fertility Network UK on an ongoing campaign to continue to raise awareness around the issue.

The hugely successful Rhod Gilbert’s Work Experience is now in it's ninth series.  Rhod writes and presents the programmes, and as an Associate Producer is proudly involved in all aspects of the production. The acclaimed series air on BBC One in Wales and BBC Two across the network. Along the way, Rhod has tried his hand at all manner of jobs from being a bin man in South Wales to Butler to a Lord, an RAF Fighter Pilot - and most recently, as a Care Worker.  Rhod has been awarded 'Best Presenter' and the series has scooped 'Best Factual Series' at the Bafta Cymru Awards; most recently in 2021.

Rhod is a regular on hit panel shows Qi, Would I Lie To You? and 8 Out of 10 Cats Does Countdown and has taken part in Bafta-award winning series Taskmaster.  As a stand-up, he has performed on Michael McIntyre's Comedy Roadshow and  Live at the Apollo - performing iconic sets and hosting twice. He has also had the honour of performing three times on The Royal Variety Performance.

Further afield, Rhod embarked on a treacherous adventure through Nepal; teaming up with Greg Davies for World's Most Dangerous Roads for BBC Two. He later starred in, and produced Rhod Gilbert vs Kilimanjaro, which followed him leading a trek to Africa’s highest peak in aid of Velindre Cancer Centre. There was no camera crew, and never any intention to broadcast the footage, but, as a special one-off feature, BBC One Wales transmitted the footage captured by Rhod and his companions on their extraordinary adventure. Rhod continues to be a proud patron of Velindre and has since lead fundraising treks in Peru, Patagonia and Cuba.

A natural and accomplished presenter, Rhod hosted his own weekly Saturday morning show for BBC Radio Wales from 2007 until 2019. Blending music, comedy and idle banter, the show was renowned for its irreverent and ill-informed opinion. After 12 very happy years, Rhod stepped down from Radio Wales in order to focus on his touring commitments. He has since launched a comedy podcast The Froth, alongside his wife Sian Harries.  Described as 'Yesterday's Non-News, Today', each week they focus forensically on worthy stuff; joined by special guests to chat nonsense in an antidote to the serious news cycle.

On BBC Radio 2, Rhod has stepped in to host Steve Wright in The Afternoon, and has held the reins for both Graham Norton and Dermot O’Leary. He has also hosted a one-off special: Rhod Gilbert’s New Year’s Resolutions which went out live on New Year’s Day.  Early in his career, Rhod wrote and recorded a full series for the station; Rhod Gilbert’s Bulging Barrel of Laughs.  Featuring regular guests, stand-up comedians and live music, the show was nominated for a prestigious Sony Radio Academy Award in 2011. His early stand-up world was also depicted in a one-off sitcom; Rhod Gilbert’s Leaving Llanbobl.

Rhod is truly cemented as one of the foremost touring acts in the country with several sold-out nationwide tours under his belt. He was a sell-out sensation at the Edinburgh festival every year from 2005 – 2012 and has been invited to perform at every major international festival in the world.  His stand-up shows are best-sellers on DVD. His debut live DVD – Rhod Gilbert & The Award-Winning Mince Pie – was released in 2009 and claimed the title for the year’s fastest selling debut stand-up DVD entering the stand-up chart at number 3. His second DVD – Rhod Gilbert & The Cat That Looked Like Nicholas Lyndhurst was released in 2010, and his most recent show The Man With the Flaming Battenberg Tattoo was released in 2012.
All three titles are available as a LIVE box set.

After a six-year hiatus, Rhod returned to stand up in 2019 and is currently touring the UK with his highly-anticipated new show entitled The Book of John.  The show has been met with widespread critical acclaim and scooped an award for 'Best Tour' in the 2020 Chortle Awards.  Rhod has already played over 200 days nationwide, and extra dates have been added due to overwhelming demand.  The show has been released on DVD and is available on digital download.