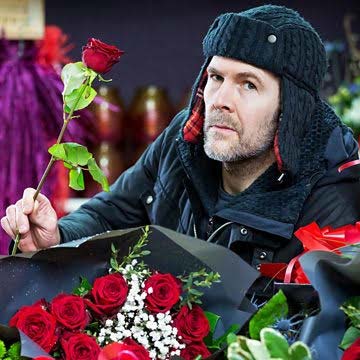 The Award-winning series ‘Rhod Gilbert’s Work Experience’ has returned to TV screens for its seventh series.  The long-running series returns to BBC One in Wales on Friday 10th March at 10.35pm and is available on iPlayer.

This time, Rhod becomes an Estate Agent, Florist – and in possibly his most arduous task yet, a Builder;

“As a 48-year-old man who does no exercise at all that was a tough few days as a brickie – I hurt for about a month afterwards,” said Rhod. “I’ve never even been much of a DIY-er – the last time I attempted to construct a flat-packed wardrobe the doors ended up opening inwards so the fact I can now do a bit of tiling and could even whip up a small garden wall – provided you didn’t want any cornering on it – I count as a huge personal leap forward.”

The series is transmitting on BBC One in Wales, and will transmit across the entire network later this year.