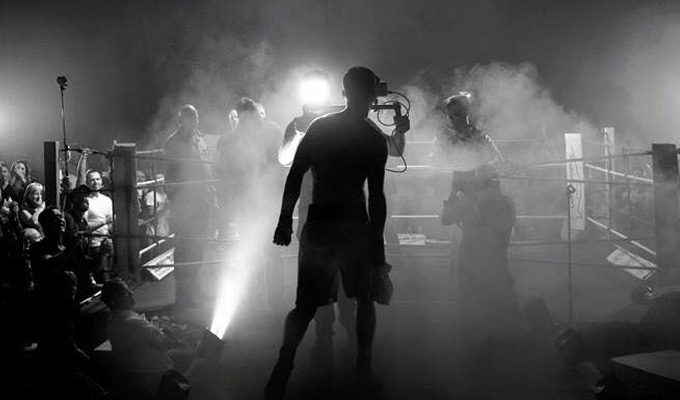 It was a unique event with an electric atmosphere, as 22 comedians gathered in Northumberland to knock seven bells out of each other.   And now the Comics’ Boxing event of 2016, has been released as a two-and-a-half hour film.

Rhod Gilbert hosted the night, with the likes of Jarred Christmas, Phil Nichol, Carl Donnelly and Gavin Webster taking to the ring of the Blyth Sports Centre.  Tom Wrigglesworth also makes an appearance as a coach providing ringside moral support to the comics stepping into the ring.

Rhod told the audience at the time: ‘Forget people who have trained, forget people who are fit – these are all comedians.  This is not going to be like any boxing you have seen before.’

The extraordinary event was organised by stand-up Kai Humphries and his brother Gav – who fought it out at the end of the night – to raise money for local boy Kian Musgrave to go to American for cancer treatment.  All the funds raised from DVD and download sales will go toward clearing the medical fees incurred by Kian’s after-care.

The film mixes footage from the Fight For Kian night with videos showing the comics’ often unconventional training rituals – as well as messages intended to psyche out their opponents.