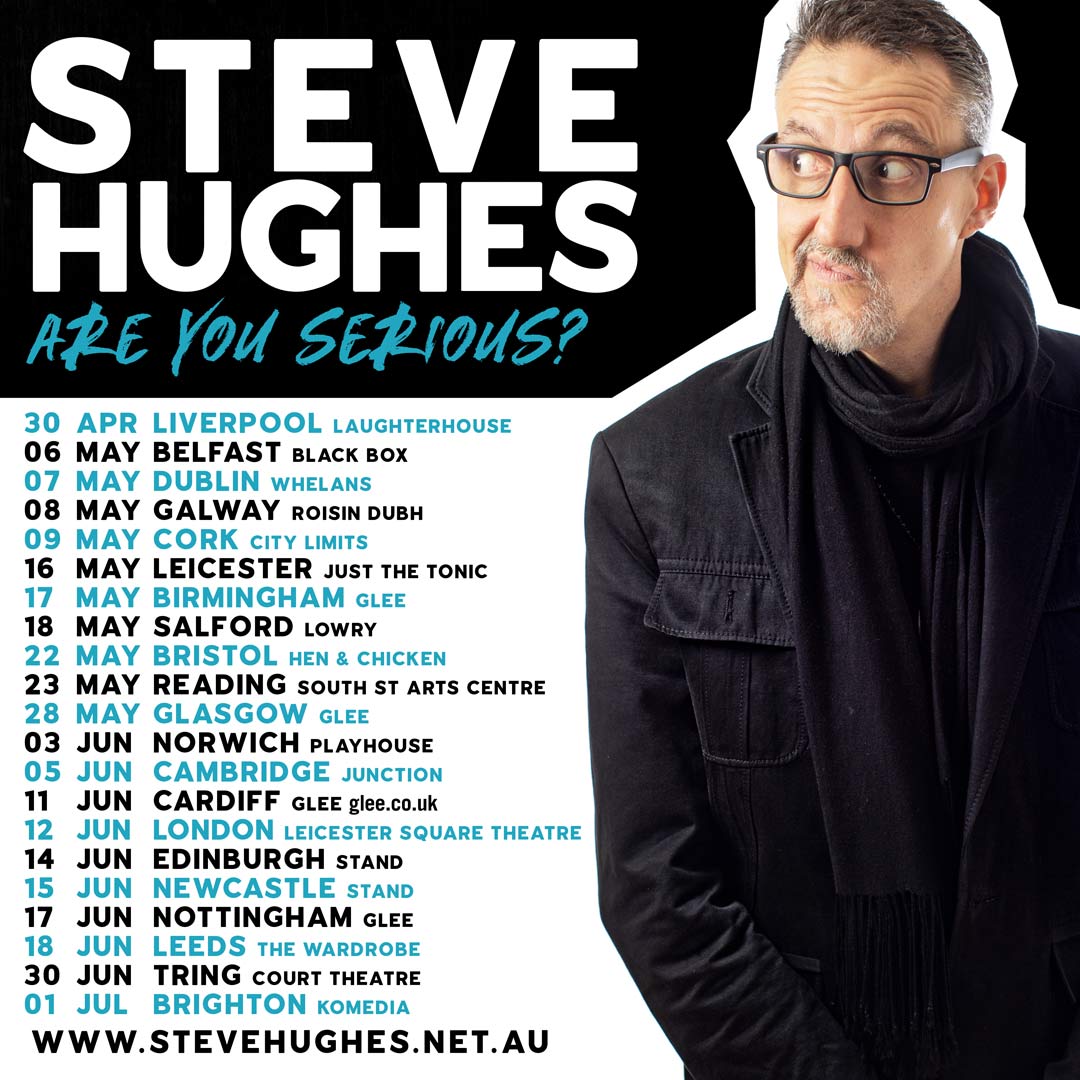 Returning to the UK for his first full length tour in six years, Australian (and adopted Brit) comedy legend Steve Hughes is known the world over for his hard hitting, take no prisoners stand up.

Internationally renowned as a comedy powerhouse, Steve has spent the past 5 years confronting his demons, recovering from a crippling breakdown and severe depression.  He’s lucky to be alive, let alone funny.  But when your life turns to hell there has to be a few laughs in there somewhere…

Having been to the abyss, Steve now returns to the UK better – and more lucid than ever before.  He’s recently played to sell-out crowds and great critical acclaim around Australia, now catch his highly-anticipated return to the UK.  Join him as he offers a hilarious ride through the dark night of the soul and presents his inciteful interpretation of an insane world.

Free-thinking, intelligent, opinionated; this is Steve doing what he’s always done best; making the uncomfortable acceptable and the horrifying hilarious.

ONSALE NOW at venues across the UK and Ireland.

“His insights are spot on, his opinions are intelligent, and his jokes are top class” Guardian